Welsh Rarebit - An odyssey in cheese.

It has been a while since I shared a recipe...

Let me start this post by telling you for the longest time I thought it was Welsh Rabbit and being a veg for several years I ignored this recipe. I was wrong. No rabbits were harmed in the making of this recipe or post.

Picture it...Rolling Meadows, just days before the big football game that is played in the beginning of February that we are not allowed to call what it is for fear of retribution by a large entity. Anyway I was flying solo and wanted a snack and something that was different. I was browsing through a recent issue of Food & Wine magazine and came across their recipe for Rarebit.

Since no rabbits were harmed in the making of this dish I decided to give it a whirl.

Do NOT go to the grocery store on the Sunday of a big American football game. There should be referees there throwing flags and calling unnecessary roughness and too many players on the field.

After braving the store and scoring an amazing aged British cheese (thank you amazing cheese person for the recommendation!!!) and finally finding some brown ale (of course they didn't have a six pack and I had to buy a twelve pack poor me) AND getting some amazing country bread I head home to construct this carb loaded cheesy amazingness.

I am not much of a recipe follower...and I am okay with that.

With saying that I did follow the recipe pretty closely and the melted cheese came together and transported me to some type of cheesy nirvana...putting it on toast? Well that just takes it to the next level.

I did learn a valuable lesson by following the directions this time... and it may have resulted in some very minor flames and lots of cussing. Okay here is what I omitted from the recipe I am including here - parchment paper. The original recipe calls for lining a rimmed baking sheet (aka a cookie sheet) with parchment paper, adjusting your over rack to be 4" for the broiler and broiling hose bad boys for 1-2 minutes. NOPE.

Parchment paper catches FIRE!!!! I opened the oven to check on my precious cheesy toasts and there were flames and soooooo not in a good way.

I was not going to waste the fruits of my labor so you are damn skippy I peeled off the burnt bits and ate the unsinged middle parts. 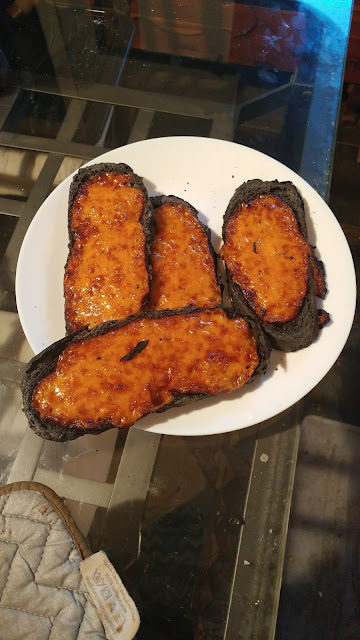 This is the shrapnel left from purging the carbon heavy parts of the first go around. 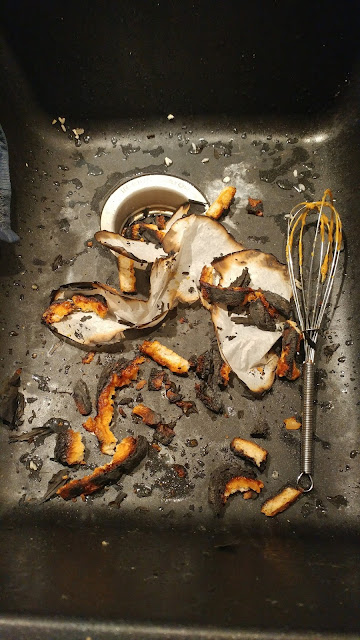 Luckily I had more cheese and bread so I started again without the parchment paper. I still say the 1-2 minutes under a broiler is far far far too long.

Round two proved much less crispy and also less likely to set off the fire alarm...whew!

I loved what the green onions added...they were the perfect compliment to the aged cheddar mixture and this is definitely a recipe I would make again. 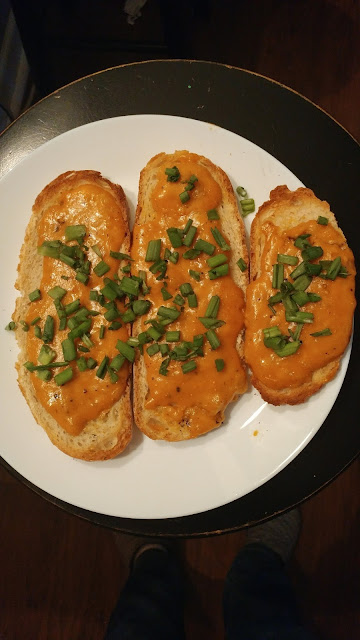 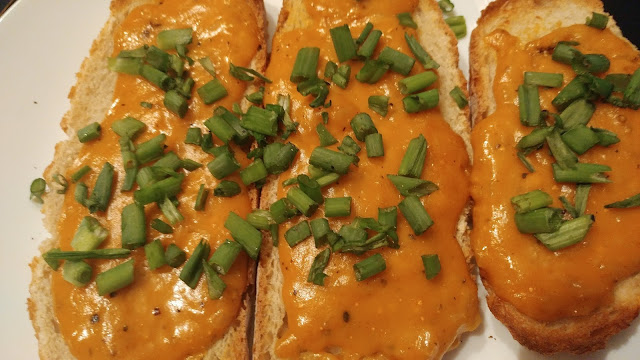 The other lesson awesome part of this recipe is that you only need 1/4 cup of beer and that means you get to drink the rest! You can't let that gorgeous brown ale go to waste after all.

Do you have a go to pub food? 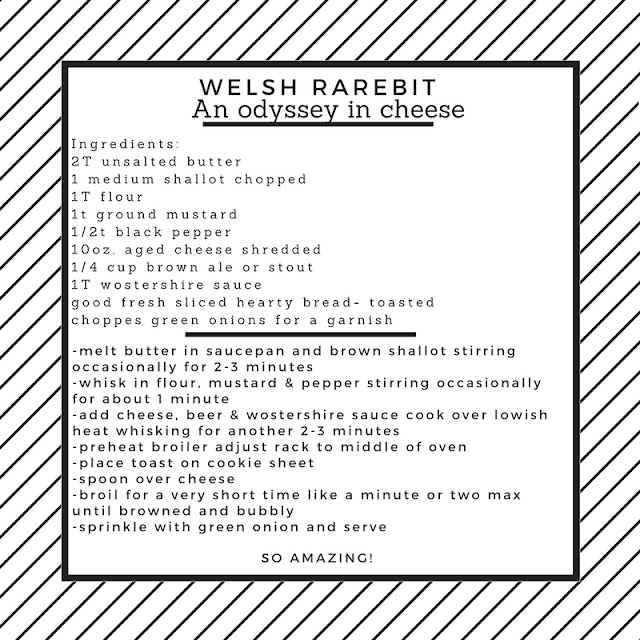